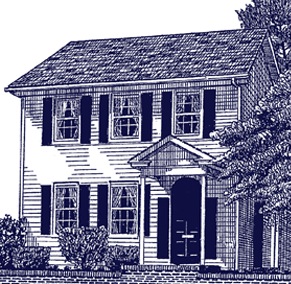 In 1932, Russel B. Updegraff began to practice law in the back of his father’s grocery store at 10th and Bridge Streets in New Cumberland. In 1941, Mr. Updegraff bought the building formerly occupied by the New Cumberland Trust Company and moved his law office there. He practiced as a sole practitioner until 1950 when he was joined in the practice by Clinton R. Weidner, who had been practicing law in Carlisle.

In 1957 Updegraff and Weidner became Updegraff, Weidner and Stone, when Charles H. Stone left the Office of the Attorney General and joined the practice. After the death of Russel B. Updegraff in 1963 and the elevation of Clinton R. Weidner to the Common Pleas Bench in 1965, Gerald T. Sajer and Charles H. Stone practiced together until Mr. Sajer became Adjutant General of Pennsylvania in 1987.